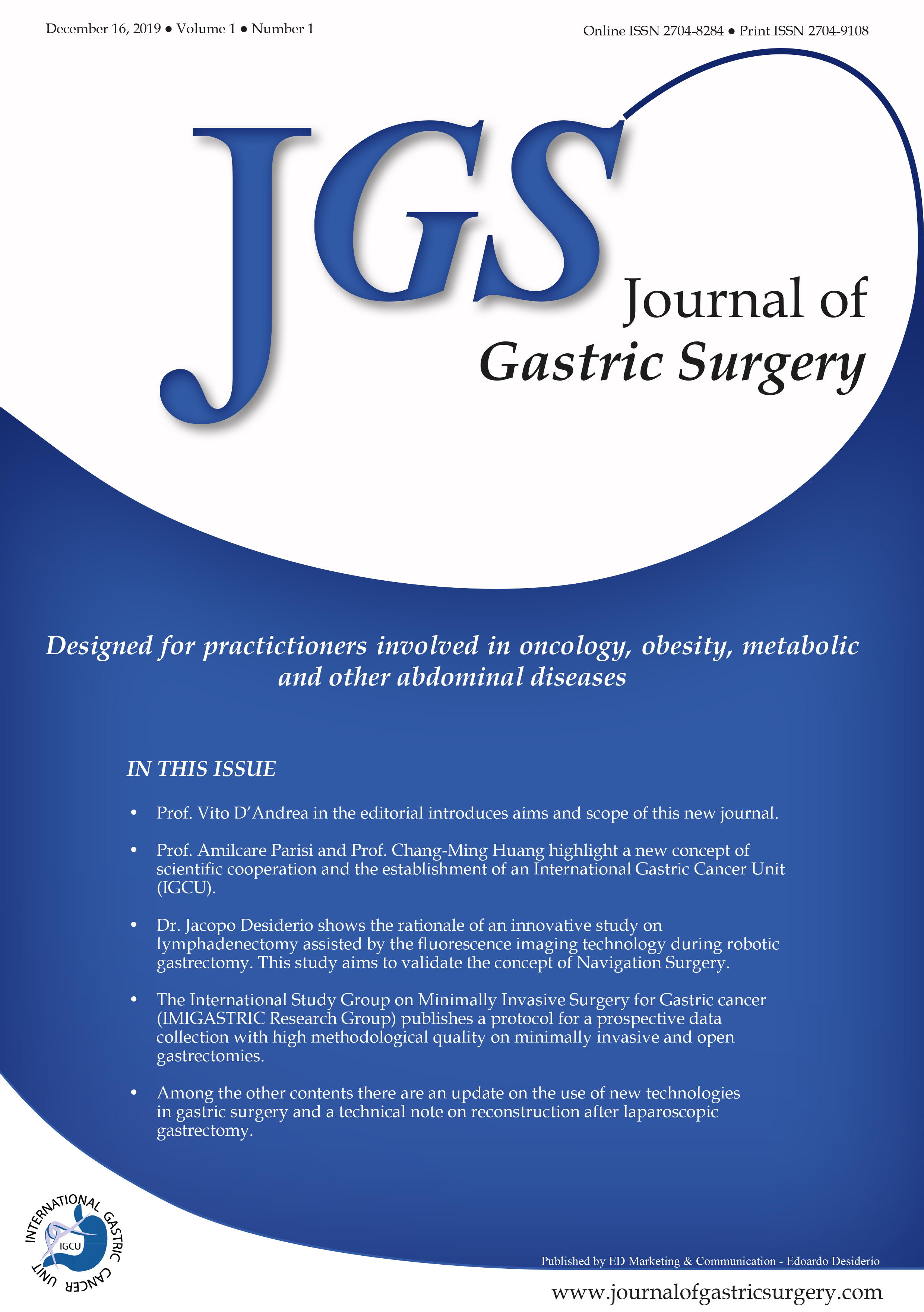 Robotic technology has spread throughout the world in the last decades and Italy has been one of the first countries introducing robotic systems in Europe.

In recent years the number of procedures has dramatically increased.

Over 86 robotic systems are currently active, and the number of procedures is now over 13,000 operations per year. Therefore, nowadays, Italy together with France is the first country in Europe for the total number of robotic surgical procedures performed per year.

Robotic technology has revolutionized our approach to minimally invasive surgery.

In this context, many fields of interest are currently under development: new devices and platforms, imaging integrated technology, teaching opportunities, new techniques.

The Xi robot represents the 4th generation of the Da Vinci systems and the evolution of the previous Si version. Moreover, new devices have been produced with instruments even more advanced. For example, the endowristed robotic stapler that allows the surgeon to sectioning by a correct angle of vision from the console. The vessel sealer uses advanced radiofrequency energy and could be particularly useful for liver parenchyma transection.

Then, the single site surgery could open the possibility for new applications even for gastric surgery.

Today the Xi system offers the possibility of combining images from different sources. For example, it’s possible to perform an intraoperative ultrasound or follow a gastroscopy, from the robotic console, together with the 3D view of the operative field. These developments are improving and changing the way we perform oncological surgical procedures and new concepts of surgery are now emerging: the navigation surgery and the targeted surgery[1].

So, training in robotic surgery can start at the simulator and then go through the execution of different surgical steps from the easier to the challenging ones, and finally approach the entire operation.

Certainly, oncologic gastric surgery is one of the areas of greatest interest and development in the field of minimally invasive and robotic surgery[2-4].

Many centers have published their own experiences[5] and comparative studies, giving authors of systematic reviews and meta-analysis the opportunity to try to define the role of robotic surgery by comparing it with traditional laparoscopy or open surgery. However, the current level of evidence is far from being able to consider these procedures in common surgical practice. Current guidelines describe laparoscopy as a possible alternative to open surgery for early gastric cancer, while robotic surgery is recognized to have some advantages, but this approach is not mentioned in gastric cancer guidelines[6].

The main discussed limitations are the proper execution

of an extended lymphadenectomy, when required, and a safe approach for reconstruction. The latter is still the object of controversy and most surgeons are concerned about the possibility to perform a totally intracorporeal procedure.

Face the reconstruction with new approaches: the Parisi’s Technique

The technique we have developed for reconstruction after total gastrectomy is called “double loop method”[7-9] in which a first loop of bowel is measured and shifted up antecolic to directly perform the esophago-jejunal anastomosis. The jejunal loop is secured to the posterior wall of the esophagus with seromuscular interrupted stitches (second posterior layer of the anastomosis). The row of metallic stitches at the esophagus margin is removed and a 3 cm incision is made at the jejunum side. A double continuous suturing is performed with PDS 3/0. The anastomosis is completed with a second anterior layer performed with interrupted stitches.

The second loop (alimentary limb) is measured up to 40 cm starting from the esophago-jejunostomy and is fixed to the biliary limb close to the previous anastomosis on its left side.

A jejuno-jejunal anastomosis is now performed as usual. Finally, the two anastomoses are interrupted by firing the linear stapler.

Preliminary results of this approach were previously reported[7, 9].The double loop method increases the feasibility of a full hand-sewn intracorporeal reconstruction.

We have looked to the data collected in the IMIGASTRIC database[10-13] and we extracted those patients who underwent robotic surgery in Italian Institutions to show their characteristics and outcomes.

Overall data of 222 patients were found. The average age was 68yo, BMI around 25, 50% of patients had comorbidities. At the pathology examination 56% of cases were Advanced Gastric Cancer, most with undifferentiated histology. Majority of patients, 74%, underwent a distal gastrectomy.

Despite the potential benefits of robotic surgery,there is still a lot of research to be done in this field and the scientific community is asking what strategies need to be adopted in future studies to develop and standardize minimally invasive surgery.

That’s why, 3 years ago, we have established a multi- institutional cooperation with a project aimed to collect eastern and western data in a large registry, called IMIGASTRIC. A network is today needed to bring together different experiences and institutions with the aim of improving medical and surgical care in gastric cancer patients.

AP was involved in designing the study, analyzing the literature, references searching and in writing the final manuscript.

This is an Open Access article distributed in accordance with the Creative Commons Attribution Non- Commercial (CC BY-NC 4.0) license, which permits others to distribute, remix, adapt, build upon this work noncommercially, and license their derivative works on different terms, provided the original work is properly cited and the use is non-commercial. See: http:// creativecommons.org/licenses/by-nc/4.0/

Gastric surgery is one of the most relevant felds of development for minimally invasive technologies. Laparoscopy is now widespread, and several studies have demonstrated its feasibility and safety even in some advanced oncological procedures. Robotic surgery has several intrinsic advantages that theoretically can improve an extensive lymphadenectomy or the reconstruction phase.
Much remains to be addressed in this field and further studies are necessary to offer the patient the best possible approach based on his characteristics and the stage of his disease.
The present report off ers an overview on robotics and its role in gastric surgery.